Playing games is no longer just a hobby or a way to relax for a few hours in front of your PC or console. Competing in eSports is not that different from playing “real” sports these days, and betting on eSports is also taking part on a regular basis. A game like The Sims tends to simulate real life, and being an eSports gamer is not excluded from this simulation.

How To Become An eSports Player In The Sims 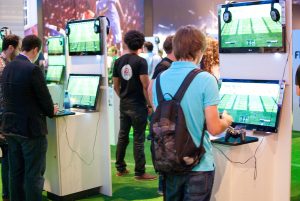 As most of you already know, The Sims is a game that is primarily played solo. So there are no actual competitions in the eSports community regarding The Sims as a game, but you can easily become an eSports player inside it. As you progress, the Tournament Options become available where you can win big prizes. There are many interesting upgrades you can be awarded, which include getting a better video card, ECC RAM, and other similar upgrades that reduce the chance of your computer getting broken down. You can also choose to become a programmer and try to hack into other computers. A big part of this is being focused – a stat that makes you more productive and successful in your gaming/programming career. You can increase your focus levels by drinking a focus potion.

Naturally, to kick-start your career, you will need a computer. You can also choose The Slablet which is a mobile device like a tablet, and if you build a MotionMonitor Gaming Mat you can engage with these games physically. As you progress through a total of 10 levels, you will unlock certain games and a possibility to enter game tournaments. You can also watch live streams, discuss gaming strategies, and “Make Fun of Noobs”. Depending on which tournaments you play, you will get awarded with various cash prizes if you win third, second, or first place. The biggest prize is $4995 and you can win it by getting the 1st place in a game called Hillock II. 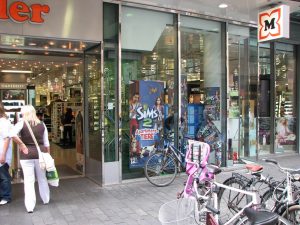 The Sims tends to simulate segments of real life as realistically as possible. However, these games, although fun to play, are nothing like the real ones. Since Sims covers a lot of different stuff, playing a game within a game is maybe not as realistic as you would hope for. Whichever the case, this can be a fun way for you to explore the game options and interact with your surroundings while being a “gamer”.

Many Sims players are dedicated to this particular part of the game and have numerous streams where you can watch them in action. If you would like to see how to become a gamer in The Sims, rather than trying it yourself first, you can do so on various channels across Twitch or YouTube. This can be a great opportunity for you to pick up on various strategies on how to have a good gaming career in The Sims yourself.

June 18, 2018 Posted in Uncategorized by Benny • No Comments